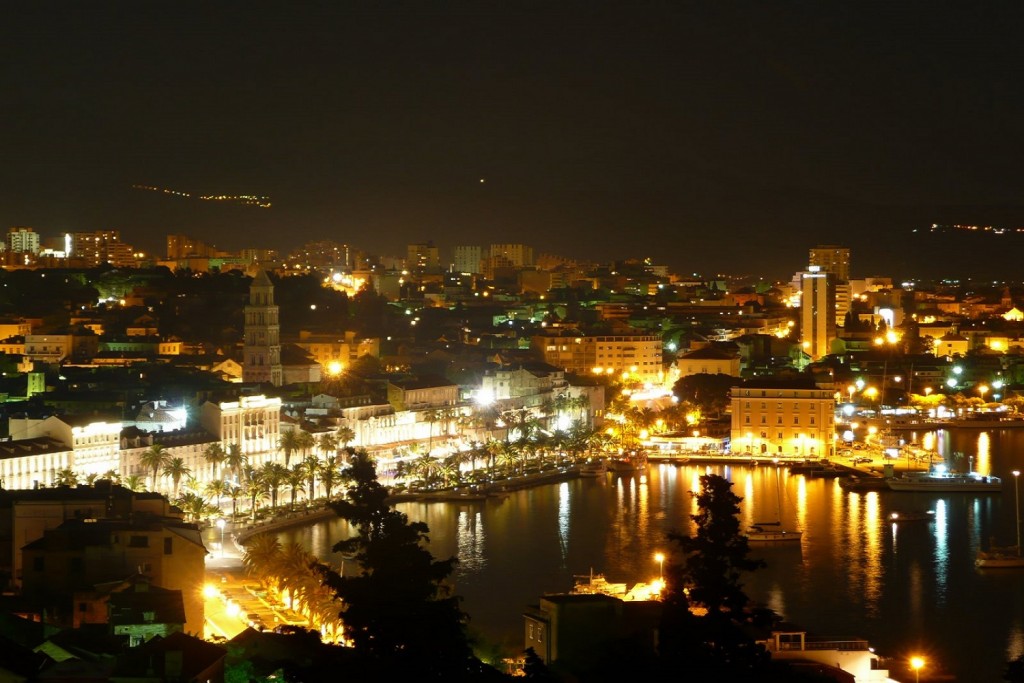 Split is a city in the Croatian region of Dalmatia, on the eastern shores of the Adriatic Sea, centred on the structure of the ancient Roman Palace of the Emperor Diocletian and its bay and port. With a population of 178,192 citizens and a metropolitan area numbering up to 350,000, Split is by far the largest Dalmatian city and the second-largest city of Croatia.

Spread over a central peninsula and its surroundings, Split’s greater area includes the neighboring seaside towns as well. Diocletian’s Palace is a palace in the city of Split, that was built by the Roman emperor Diocletian at the turn of the fourth century AD.

Diocletian built the massive palace in preparation for his retirement on 1 May 305 AD. It lies in a bay on the south side of a short peninsula running out from the Dalmatian coast, four miles from Salona, the capital of the Roman province of Dalmatia. The terrain slopes gently seaward and is typical karst, consisting of low limestone ridges running east to west with marl in the clefts between them.

You will sail to unspoilt islands and coastal towns You will be a part of the sailing crew, where you will learn all about sailing (if you wish) You will buy and cook your food, while on board, or you can eat out in amazing local restaurants You will party, swim, snorkel or just chill-out on the sailing yacht.

Many famous Croatian sports people are born in Split, so locals often nicknamed their city as “The sportiest city in the world”. The most popular sport institution is the football club Hajduk. The whole city is painted with the club’s colors and logo. This is done by Torcida, the oldest supporters group in Europe, established in 1950.

Beside bell tower of St. Duje, the symbols of city are the Dalmatian dog and a donkey. Locals have a high place for the donkey because of its past indispensable place in field work and transport across Dalmatian mountains.

Stay Connected With Us

This website uses cookies to improve your experience. We'll assume you're ok with this, but you can opt-out if you wish.Accept Read More